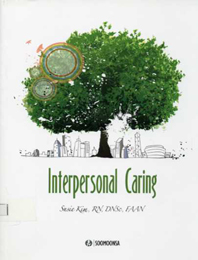 My personal nursing story has its roots in the development of interpersonal caring(IC). My interests and concerns about the concept of caring started during the mid-1960s while I was working in a VIP ward with end-of-life cancer patients in Seoul, Korea. In those days it was common not to discuss a terminal cancer patient's condition or prognosis with the patient. As a recent new nursing school graduate I became very distressed about caring for such patients. Sometimes I was terrified with the possibility of patients confronting me with questions about their diagnoses and imminent death issues. I was frightened and did not know what to say or do. I was not comfortable with it.
Several years later, the caring concept recurred to me circumstances of restricted communication quite intensely when I was working on an acute psychiatric ward of a suburban hospital in the United States. I remember the frustration of seeing so many patients re-admitted to the psychiatric ward with relapses of several episodes of mental illness. I wondered what kind of in-hospital nursing care we were actually providing to persons with serious mental illnesses(SMI). I was uncertain, in particular, about the special order of 'close observation' often prescribed by doctors. This is potentially a complex and multifaceted phenomenon requiring sophisticated and integrated approaches to caring. At the same time, the phrase 'close observation' could carry a great deal of inconsistency in interpretation within the various disciplines of health care, including multiple approaches the vary from one nurse to another, I asked myself if there were any concise and explicit caring guidelines available to psychiatric nurses. For example, what specific kinds of caring should nurses provide to patients with schizophrenia or suicidal ideation, who were under prescribed "close observation?" How could I be a good caring nurse? Were there any tangible and practical lists of caring actions and behaviors for helping patients to be more at ease with people around them, their treatment team, lived ones at home, as well as neighbors and community members?
I returned to Korea in 1978 as the first person in my country to have earned a doctorate in nursing science. In those days, psychiatric nurses were under the psychiatrists' strict supervision, where they could hardly interview patients without a physician's permission. I could not do much with inpatients because of all the red tape I had to go through. Then, an accidental encounter with a discharged psychiatric patient who poured his experiences of living in the community, opened my ears to listen, His experiences were filled with fear, isolation, loneliness, being left out and forgotten by people around him and by society in general. It reminded me of a poem, titled "Panic" written by a schizophrenic patient a long time ago:

From this discharged patient I learned quite a lot about the full stigmatization a person living with SMI experiences: his daily life, strengths, wishes, etc. In fact, being mentally ill in many societies today is perhaps the hardest thing anyone has to face in life. I then began to talk to other people with SMI referred by this first client. Persons with SMI were cut off from society, and had literally lost everything including friends, spouses, jobs, homes, independence, and perhaps the greatest loss of all, their sense of all, their sense of self-worth and dignity. Through their incredible stories of living as mentally ill persons, not for a few months or a couple of years, but for over 10 years, I witnessed their inner strength and perseverance. I began to appreciate each of them as a person, eventually learning that the source of their inner strength was their sense of self-worth and self-esteem, which were the immediate product of compassionate caring. This became further evident through empirical research studies carried on later. The outcome of these studies was a true reflection of the mentally ill patients' realities.
These personal incidents led me on a conceptual and empirical odyssey, some aspects of which are described in this monograph. The close contact with people diagnosed with SMI motivated me to conduct a series of empirical studies focusing on them and their care providers, eventually leading to the development of ten interpersonal caring behaviors and activities derived from patients' descriptions of being "cared for" by nurses and others, as described in greater detail in Part II, Chapters 3 to 5.
Over the years, I have presented these research studies of IC at several conferences and seminars around the world. I have been humbled and further motivated to find the responses of nurses, patients, and families, affirming and encouraging. Regretfully, however, due to my hectic schedule of teaching, administrative responsibility, practice, and other social service commitments in the community, I was unable to allocate enough time to write them in English until now(2012). I am deeply grateful and relieved to finally have the opportunity to share the collective work on IC in this monograph.
Interpersonal Caring sets forth a unique way of caring for people in different practice areas of nursing. It is a personal and concrete action guide on how to care for patients in various health care settings. It helps patients to realize that it is their own sense of self-worth that motivates them to find the meaning and direction for their existence. There is increasing scientific evidence in spycho-neuro-immunology(PNI) that one's physical and psychological health are profoundly affected by the degree to which the person has found meaning, direction, and purpose in human existence(lronson & al., 2001). As caring professionals, all nurses are part of the ongoing creation of nursing as we participate in and share our experiences of caring. I hope this monograph will provide a frame of reference that will make disparate behavioral events become coherent for nurses. I also hope that it will permit nurses to organize their own caring actions/behaviors and feelings, and give them the sense of security to realize some of their own latent capacities for therapeutic caring shared with others. I invite readers to share their responses and critiques so that the intervention of caring, the core construct of the discipline of nursing, may be further developed and refined.
My hope is that this monograph will be read not only by nurses and nursing students, but also enjoyed by colleagues across caring professionals such as physicians, counselors, psychotherapists, ministers, educators and others. It is my desire that the investigation of human caring will stimulater us all to seek better ways of exploring caring, thereby fostering further research into this important area, and touching the lives of those in our care.
I am grateful to Dr. Marion Pope, the native Engilsh speaking missionary who is fluent in Korean for the tireless help throughout the translation process of participants' descriptions into English, and also Dr. Sue Kim back translation to Korean.
I am indebted to Dr. Melanie Dreher, Dean and Kelting Professor, and Dr.